The old Albany Academy building, known officially as Academy Park by the City School District of Albany, its owner (after the park in which it is located), and formerly known as the Joseph Henry Memorial, is located in downtown Albany, New York, United States. It is a Federal style brownstone building erected in the early 19th century. In 1971 it was listed on the National Register of Historic Places. Later it was included as a contributing property when the Lafayette Park Historic District was established. 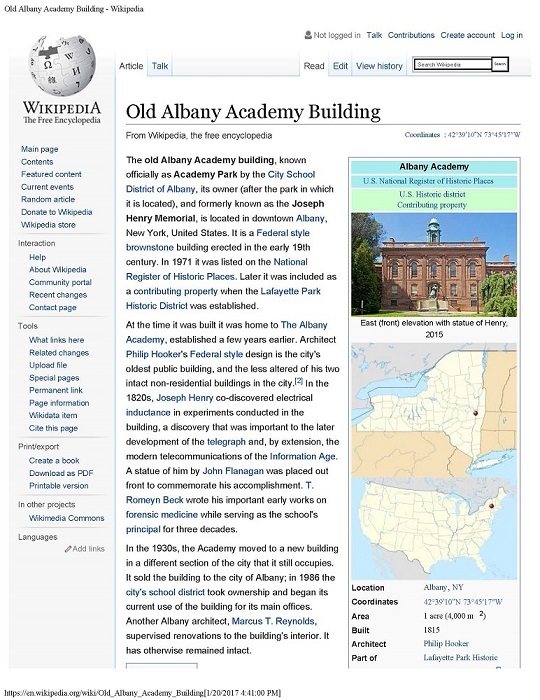